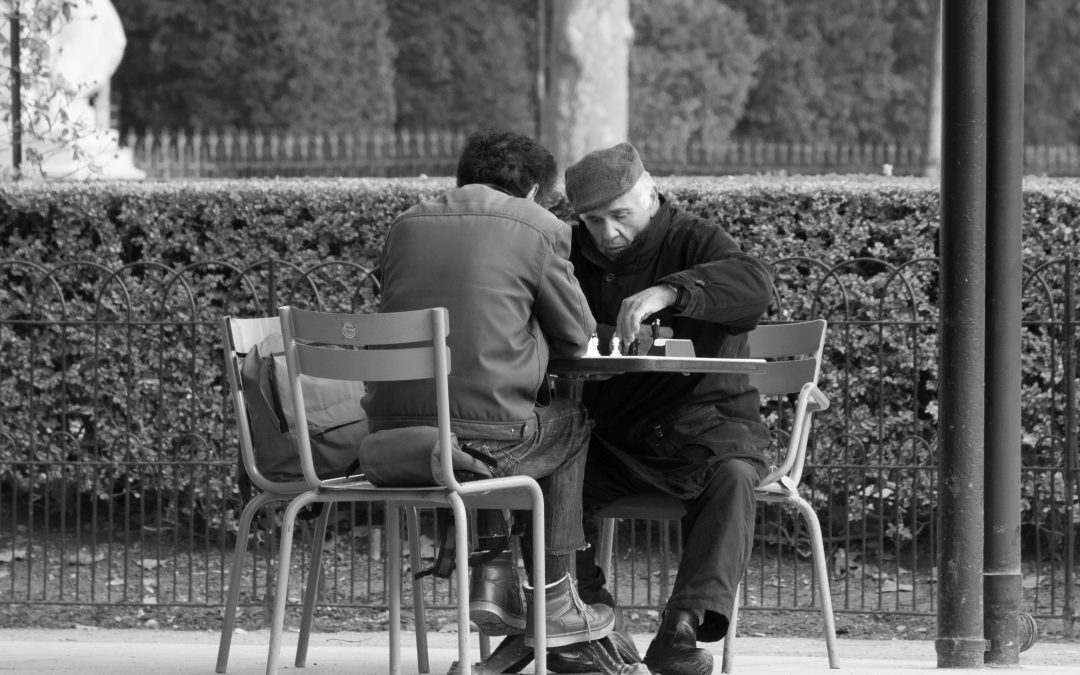 This commentary was also published in Karyawan, A Magazine by AMP, October 2020, Volume 16, Issue 4

One of the most discussed topics in school while I was growing up was the ‘generation gap’. It used to be about communicating with parents or those older than us, or on new technologies used by us versus those used by older folks, the youngsters back then and the experiences of our parents.

At one point in time, I wondered if I would better understand those older than me when I eventually became an adult, and that the gap might not be as wide as I imagined it to be.

Now that I am an adult, I can see that I was wrong.

Terms like “boomer”, “strawberry generation”, “snowflakes” and the likes of them, often a condescending description of a group of people from a particular generation, started to be thrown at one another.

So, not only was I wrong, in fact, I believe that the gap has gotten even wider.

But the question remains: Is this gap actually a result of a generational divide? Or are there some other underlying, more critical factors which have widened the gap even further, and causing it to continue doing so. How does this genera- tional gap affect the larger Malay/Muslim society, specifically in Singapore?

(GE)NERATION GAP?
The recent Singapore General Election (GE), if anything, amplified the younger-older generation dichotomy in Singapore when it comes to issues they are more concerned with. A Blackbox poll indicated that there is a difference in the concerns that first-time voters, described as Gen Z aged 21 to 24 years, had, as compared to baby boomers, aged 50 and above [1].

For instance, generally, baby boomers were more concerned with issues such as increases in cost of living, healthcare and medical costs as well as the People’s Action Party’s new generation of leaders [2].

As for the younger generation, they were more concerned with matters pertaining to climate change, gay rights, inequality, and interestingly, jobs and unemployment [3].

The younger generation of Singaporeans were also more interested in discussing issues that are deemed to be sensitive, in an open manner, one of which includes race and religious relations. This can be observed when most of the younger voters were in support of Raeesah Khan when a police report was filed against her for race- and religion-related comments she had made on her social media account [4].

While the generational gap may not be the only influencing factor in the outcome of the GE this year, the indicators of the existence of a generational divide in the political scene in Singapore over the course of the GE campaigning period and shortly after the results were announced signal that it is worth taking a look at and studying any possible trends.

NOT SO GENERATIONAL
If one is not critical enough in one’s analysis, one might easily see that there is indeed a divide simply based on the opinions of those of the older generation and the younger ones.

I argue that it is more important for us to understand other variables that shape the opinions and attitudes of the different generations. This is due to the fact that collectively assuming a particular generation holds a specific trait may lead to generalising and stereotyping.

The variables for the differing opinions and attitudes include education and the access to information in making informed choices and decisions that could affect their vote.

Hence, in doing so, I shall look at some of the data which point towards a diverse, or rather, fragmented nature of each generation based on a recent Institute of Policy Studies (IPS) working paper on religion, morality and conservatism in Singapore.

KAUM MUDA, KAUM TUA
If we were to take a look into the deeper history of the Malay world, the generational divide had existed and caused a major split within the Malay community in the late 19th and early 20th century during pre-independence Malaya.

William Roff, in his book The Origins of Malay Nationalism, described at length the seemingly generational split among the younger and older generations, here referred to as Kaum Muda and Kaum Tua respectively [5].

The Kaum Muda, or the Younger Generation, were reformist in nature when it came to ideas concerning the Malay monarchy and religion. Some of the more prominent reformers include Syed Syeikh Al-Hady who, at one time, opened a madrasah (religious school) in Singapore in 1908 named Madrasah Al-Iqbal [6].

The Kaum Tua on the other hand, were seen to be more traditionalistic and conservative in their worldview. While the Kaum Muda fought to use thought and rationality in understanding religion in the Malay world, the Kaum Tua resisted this change (islah) and renewal (tajdid), and were adamant in holding on to the traditionalistic beliefs and ways in which Islam was being practised [7].

The Kaum Muda held reformist ideas not because they were younger, but their experiences and access to information differed back then. Roff explained how the transference of reformist ideas by Muhammad Abduh and Jamaladdin

Al-Afghani in Egypt had influenced the Malay students, who were studying there and brought their ideas back to Malaya.

It was this access to information that caused the split in attitudes towards religion, not generational differences. The same can be applied to the modern-day generation gap as we can see in the following data.

DIFFERENCES IN ATTITUDES [8]
When it comes to social issues, according to the survey conducted by IPS, 54.2 percent of the respondents who consider themselves as Muslims, aged 18 to 35, are of the view that premarital sex is always wrong whereas only 8.4 percent believe that it is not wrong at all.

In comparison, 78.1 percent of the respondents who profess Islam as their religion, aged 55 and above, believe that premarital sex is always wrong.

Based on this data alone, it is easy to generalise that the younger generation of Muslims have a more ‘liberal’ attitude towards premarital sex compared to the older generation. However, there is a difference in attitudes if we take into consideration their educational background as well.

Hence, the difference here is not just in age but also other factors. The study did not explore other possible factors such as gender, or socio-economic status and class, for example. Perhaps, with more research, we can then point out that the liberal-conservative divide is not just dependent on age, but a multitude of reasons.

FRAGMENTED GAPS
I mentioned earlier that I argue not to frame differences in opinions from the perspective of age. Taking that view is, for a lack of a better term, ageist in nature. It may lead to stereotypes, which are often untrue and unfair if blanketed onto a whole generation. This view is also echoed by Dr Walid Jumblatt Abdullah, an assistant professor at the Nanyang Technological University, who looks at the differences from “the elite-masses, powerful-powerless, just-unjust angles” [9].

Even so, the views of these groups are not monolithic and they are fragmented even further through intersections. Two people of the same educational background may have different opinions from the other, perhaps in view of their differing experiences.

Differences of opinions will always stay with us. It is how we manage and deal with these differences. This will surely keep us busy as a nation in ensuring that everyone has a voice and that our concerns are being heard.

Surely, each generation faces different sets of challenges to overcome. But if we are to take into account the many other intersections that come with the experiences the generation faces, we can actually empathise and come to a middle path of understanding.

The generational gap is likely here to stay, and in fact, may widen over time. These differences in how the generations perceive issues are likely to continue influencing how they make decisions throughout their lifetime, including how they will vote, as the results of the recent GE have shown. However, whether or not these differences will lead to a fractured society will depend on how the government and other stakeholders can play a role to bridge these differences and help Singaporeans find opportunities to learn from each generation rather than seeing the differences as hindrances.

We are not looking for ways to push mountains together in order to close the valley. What we are trying to achieve is to understand the natural forces which pull the mountains apart, acknowledge the depth of the valley, and build bridges so that the inhabitants of one mountainous area can cross over and meet with the other without much of a hassle. Right now, as a society, we are building that bridge, slowly.

Muhammad Faris Alfiq is a Research Analyst at the Centre for Research on Islamic and Malay Affairs (RIMA). He specializes in the discourse on Islam in Singapore, Malaysia and Indonesia, sociology of Islamic law and political Islam. He holds a Bachelor of Arts in Malay Studies from National University of Singapore (NUS).